Although the Arri Alexa Mini LF audio interface is heavily stripped back compared to other cameras, there are still some great options for recording audio to camera. The Alexa Mini LF can record up to four channels of linear PCM (24bit, 48kHZ) audio. Each channel is linked to either the 6-pin Lemo audio input or the internal microphones.

The Mini LF allows you to input line level audio into the camera. Line level audio has a much higher signal level than a microphone output and so is usually sent from a sound recordist's mixer after the mic channels have been amplified.

Mounting an on-camera microphone and plugging it directly into the camera isn't possible on the Mini LF because the microphone's signal level is so low that the camera can't register it. Instead, the microphone needs to go through a device that can amplify the signal from microphone level to line level.

Our go-to device for doing this mic to line level conversion is the Sound Devices MixPre-D. This device is (relatively) compact and has high quality preamps that are perfect for taking the low level signal from microphones and amplifying them to line level without introducing excess noise.

The camera's audio input is through a 6-pin Lemo plug on the back of the camera. Four of the pins are used to input 2 separate line level audio inputs into the camera. The other 2 pins output 12v which can be used to power your preamplifier or wireless audio receiver when used with the appropriate cable.

This 6-pin connector is pretty new in the industry and because most people are still using the good old 3-pin XLR cable, we include a Wooden Camera A-Box in our LF kit to convert the 6-pin Lemo and allow you to use the more familiar XLR inputs.

The super 35 Alexa Mini has the same 2 channel line level input as the Mini LF, but there has always one major problem. When you just need simple "scratch track" audio for reference in your edit, the only way to get it is by using the previously described method of running through a mic to line level converter. However, that can give you a real headache if you don't have room for mounting extra accessories - for example, if you are using the camera on a gimbal.

If you wish to learn more about the Arri Alexa Mini LF please check out our other articles in this series and if you have a question that wasn't answered, please let us know. 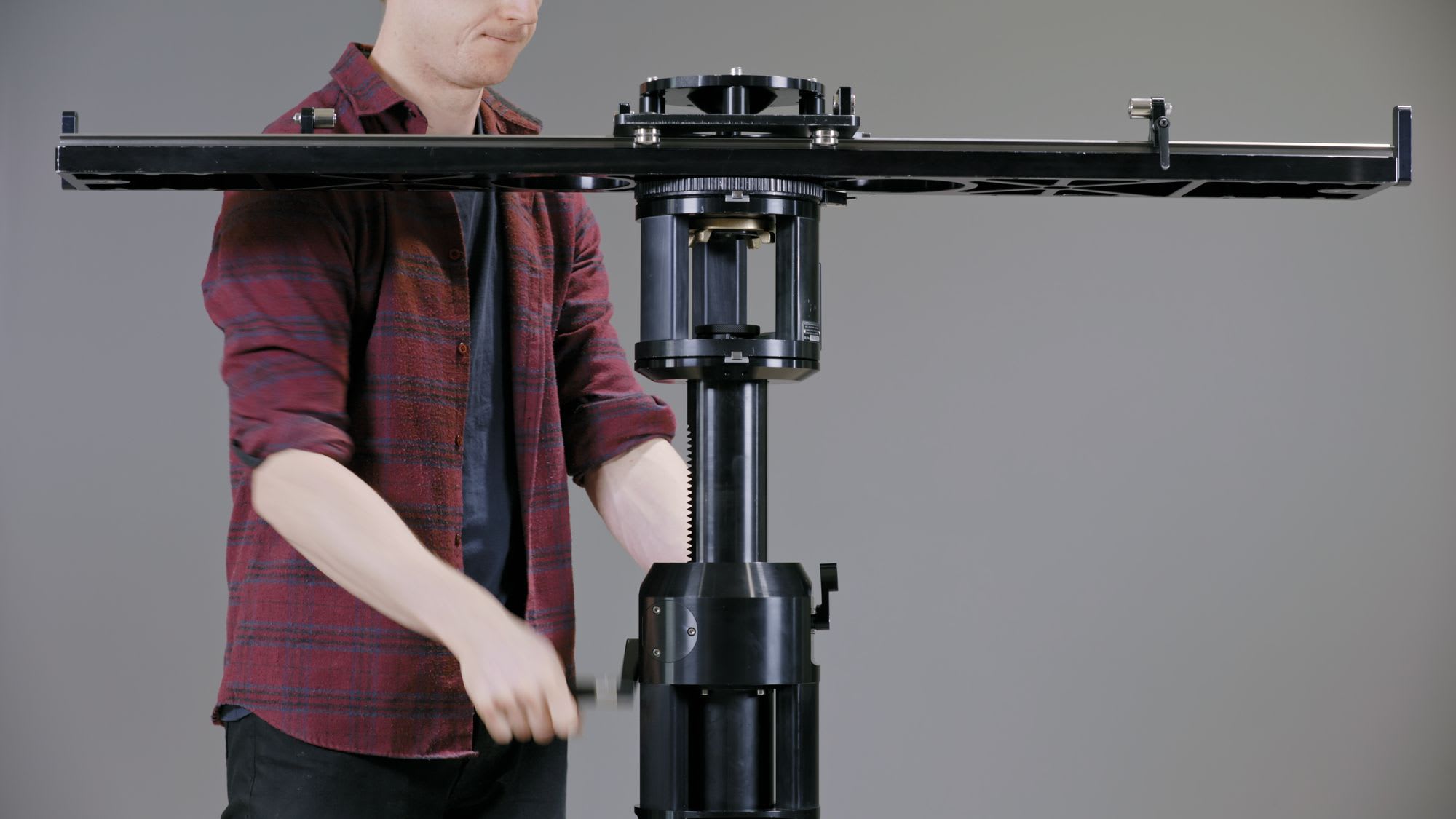 Learn how to setup and use the Ronford Baker Slider with this detailed overview video and setup guide.