A three point lighting kit is a mainstay of lighting for film and video because it provides a basic structure for setting up your lighting to create a flattering and three dimensional result.

Although we refer to three point lighting, in actual fact you might be able to get away with just two lights on some jobs (or location or budget restrictions might force you to make do).

On other projects with more budget, crew, or for creative reasons, you might decide to use more than three lights to build further depth and texture into the scene. So a three point light kit is really shorthand for a lighting template that can be tweaked depending on crew size, budget, location and time factors, among other reasons.

Once you understand how a three point lighting kit works and have experimented with several variations, you’ll have a solid working knowledge of lighting that you can continue to finesse over time.  Creating good lighting is fairly quick to grasp but creating beautiful award-winning lighting is the study of a lifetime!

Now let’s take a very brief look at what each light in a three point kit does, bearing in mind that as you become more experienced you will learn that there are a lot of possible variations to this standard set up.

First up is your main light, which is called a ‘key’ light. As the name suggests, the key light does most of the work highlighting your subject. The only time you wouldn’t use a key light is if you wanted to create a silhouette effect - but that’s a topic for another day. The key light is usually positioned in front and to the side of your subject at a 45 degree angle. This gives you maximum coverage without the light shining painfully into the subject’s eyes or getting in the way of the camera.

By itself, the key light creates a fairly dramatic look, with one side of the subject lit up and one side in shadow.

While there will be scenarios when you want the dramatic look of the single key light, often you’ll want a more balanced and natural look, so this is when you reach for your second light.

This light is called a ‘fill’ light, precisely because it fills in shadows and softens the look. The fill light is commonly set up on the opposite side of the key light and also at a 45 degree angle.

With these two lights alone you will get a nice result that seems perfectly adequate for a video, especially for a basic corporate talking head. So why add a third light?

The third light, or ‘backlight’, provides separation and helps to make your subject pop on screen. Although two lights on your subject may look perfectly alright to your naked eye, your camera can only record in two dimensions so without a third light, the result on screen will be rather flat.

In fact, adding a backlight or a hair light is often the secret to a finished video or film that has depth and looks professional over one that is acceptable but is somehow amateur-looking!

A backlight might be a punchy little light or it might be a larger soft light. There are a variety of different lights you can use as a back light depending on the look you are trying to achieve, but any of them will help create the depth in your image.

Once again the name suggests how this light is positioned. The backlight is behind the subject (it can sit directly behind or to one side) and in this example is pointing at them to create a nice halo effect around the hair. Alternatively, the backlight can illuminate the background itself to separate the subject from the background - perhaps by using a different colour to enhance the separation.

So that you can more easily see the differences between the number of lights used, here are the three variations side-by-side. 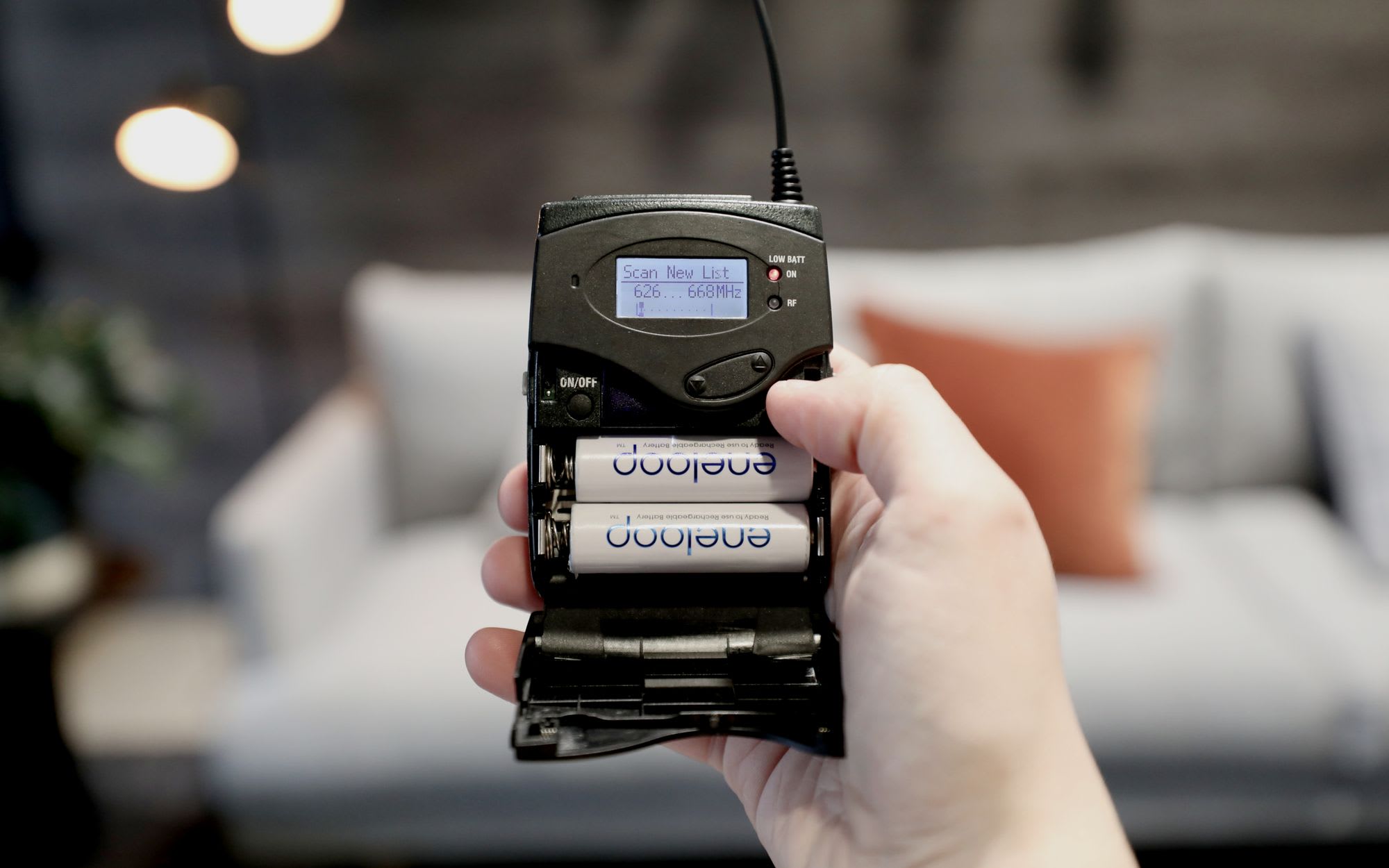 When you’re using a wireless microphone it’s very important to scan the radio frequencies at your location before you start recording. You want to do this to ensure 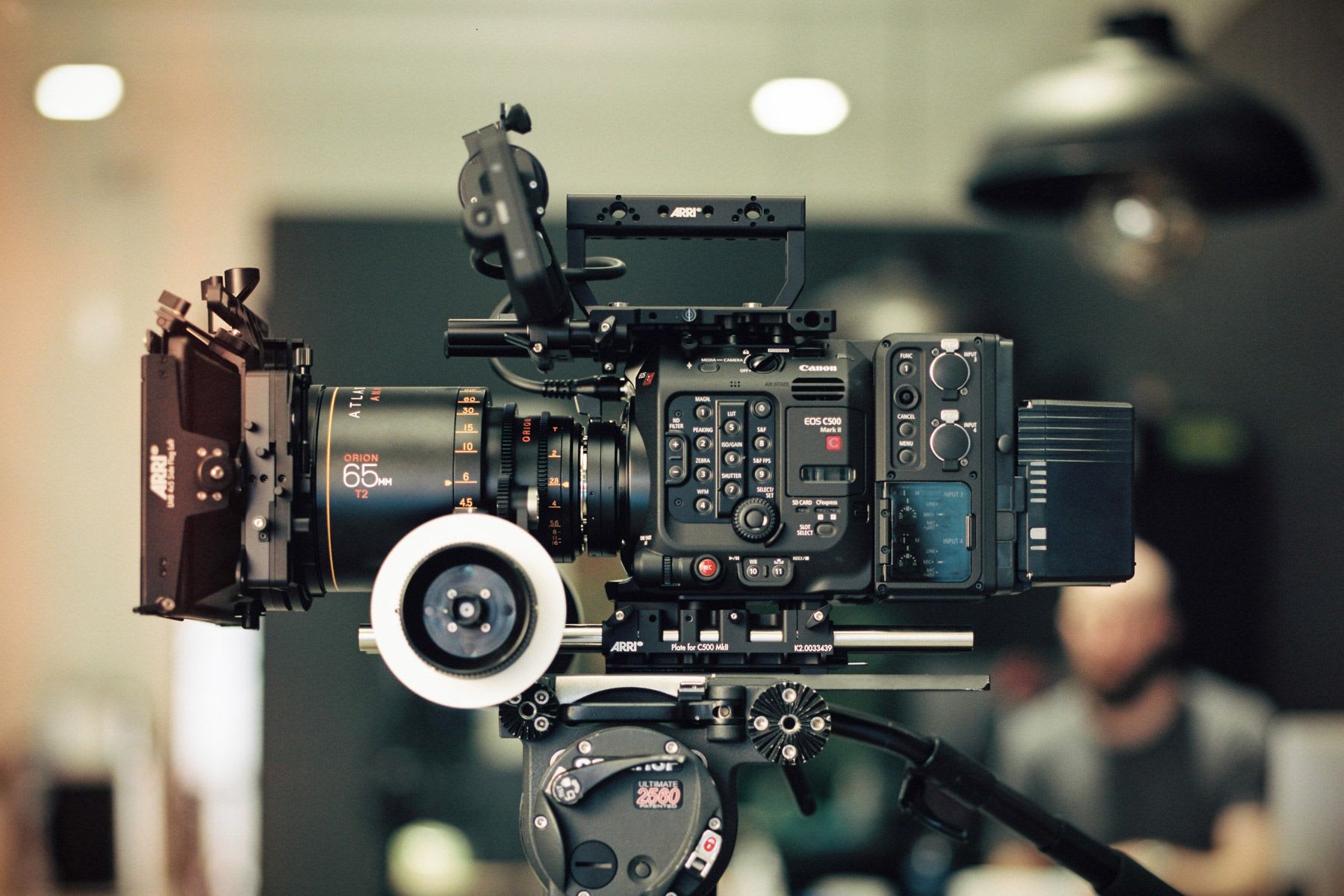 In this post we show you 3 common options for powering the Canon C500 mark II camera, for runtimes up to 17 continuous hours.